If you were to ask any sample group of people why they wear sunglasses, chances are most would tell you for practical purposes. They’d say it was to reduce the brightness of sunlight to a more comfortable level and reduce glare, but chances are a good proportion of these would be telling porky pies.

As most of us know yet few of us admit, the most common reason of all for wearing sunglasses is to look good. If it wasn’t, everyone would be quite happy to wear the cheapest and most functional pair of tinted specs they could find that did the job and little else…which is hardly the case. Some might call the nation’s new-found addiction to stylish shades rather on the pretentious side, but what few realise is that they’re actually doing themselves a hell of a lot more favours than they probably thought.

Sure you look good, but that’s just the start of the benefits. 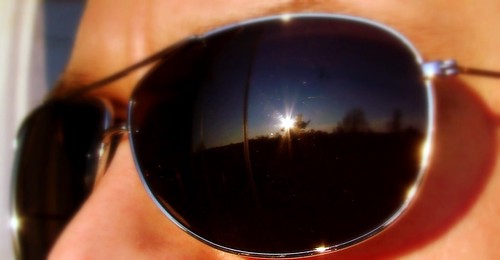 Sunglasses can help protect you from a range of health issues

Put it this way – have you ever thought what sunlight that’s strong enough to burn your skin to a crisp might be doing to your eyes? It’s a rather grim thought admittedly, but an important one nonetheless.

So with this in mind, here’s a look at five extremely common health issues that you can help reduce the risk of considerably by wearing sunglasses when out and about in the sun:

Everybody has seen them and nobody wants to end up with them. Cataracts is the name given to the condition where one or both of the eye’s lenses starts to become cloudy. As soon as the condition begins to take hold, it becomes impossible to see clearly and therefore poses a serious danger. What’s more, Cataracts can lead to complete blindness if and when the condition gets severe and is left untreated. Studies have for quite some time drawn strong links between the sun’s UV rays and the development of Cataracts. As such, medical professionals of the highest order advice that quality sunglasses be worn in order to prevent the development of Cataracts in the first place, or to reduce their rate of growth should they already be present.

This is the medical name that’s given to a condition best described as sunburn to the eyes. Unsurprisingly, this has a tendency to be one of the most uncomfortable or downright painful conditions the sun’s UV rays can inflict on our eyes in a very short period of time. Exposure for just a few hours can lead to dry, sore and teary eyes that will not go away until the delicate tissue has been able to repair itself. And as it wouldn’t be advisable or of any real use to smear sun cream into your eyes, the best defence of all is quality sunglasses.

A non-cancerous growth in the eye that can occur at any time in life is called a pinguecula. This is one of the most common eye complaints by far and is most prevalent in those that spend much of their time outdoors in climates where the sun’s rays are particularly strong. Isolated to the white part of the eye, a pinguecula is to a large extent harmless and doesn’t cause a great amount of pain, but can make the person feel as though they have some debris lodged in their eye…to say it becomes quite annoying would be an understatement. In addition, it can also cause the white of the eye to take on a slightly yellow colour, which doesn’t look particularly attractive. 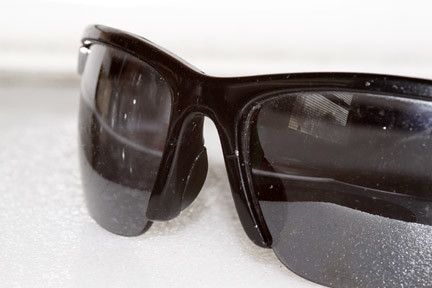 Make sure you wear sunglasses

If left untreated and exposure to the sun’s rays continues, a pinguecula has the potential to turn into a pterygium – a condition where the eye becomes covered with a growth filled with blood vessels and other tissues. This is again a non-life-threatening condition, but if and when the pterygium grows to such a size that it begins to encroach upon the cornea, it can begin to interfere with vision. At this stage, the only thing that can be done to get rid of the problem is to undergo a less-than pleasant medical procedure, though there’s always the chance it will return again at a later time.

And finally, extensive trials have proved than if you protect your eyes from UV rays on a long journey that takes you into a different time zone, the jet lag effect you feel on the other end will be nowhere near as bad. It sounds crazy, but it’s all about fooling your body’s natural clock by limiting the amount of UV energy your eyes are exposed to – and it works!

If you are convinced and looking to buy some sunglasses I found this site which has some interesting sunglasses information.